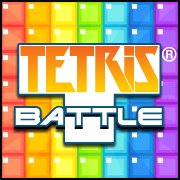 Lately, I’ve been addicted to this game called Tetris Battle on Facebook, I haven’t actually played many of Facebook’s games, except for Pet Society, of which I’ve played two years ago.  I remember being able to play Facebook games for as long as I want, but I noticed now that Facebook has limited game playing time with what’s called energy.  It has a picture of a battery and has a certain ratio.  For every round of Tetris you play, it takes away 5 points from your battery.  If you run out, you can’t play anymore.  Yet when you want to play more so that you can beat your opponent, who comes to the rescue?  Advertisements.

Advertisements are now being used as a part of the game, where if you watch videos or take consumer surveys, one can gain more energy, or items needed to play the game.  It seems that Facebook games have incorporated the design of the game to cater to encouraging users to watch the advertisements.  The advertisements themselves do not last past a minute and a half, which is bearable, and some advertisers do limit the number of times the video can be watched, but does this really affect the Facebook user’s consuming habits?  I do something else like check my email or play a different game, while the video is playing until I can play Tetris again. 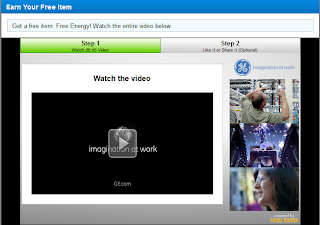 Advertising in games is not a new strategy, but having the advertisement built into the game is.  In class we’ve discussed how games are used to spread news on a particular issue.  Yet, advertising companies are able to spread their influences on games as well.  The games designed for news and games designed with advertisements are different because the ones designed for news puts the player in the experience of the issue.  Advertisements still have a hands-off approach, keeping to the sidelines outside the game and when the player needs more life or items, they go to the advertisements.   It’s a lot more subtle and seems to be more tolerable to game players.

Facebook does not produce the games themselves, but do host a number of game apps.  They have even made their own virtual currency called Facebook credits that can be used in any game app.  One can either earn the credits or purchase it with real cash.
Posted by Vannie Nguyen at 11:08 AM