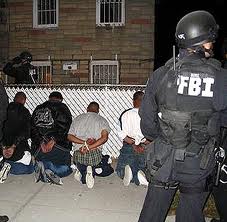 it comes as no surprise that the best form of communication for individuals are the social media outlets such as Facebook and Twitter. Many individuals post about their feelings, favorite quotes, and what they are doing on a particular day.  One does not think about the other uses that Facebook and Twitter have been developed for over recent times.  Other than personal interests, police say that gang members have fully embraced social media as well. Gangs such as the Crips and the Spanish Gangster Disciples have their own fan pages.

Facebook has become a way for individual and groups to express their opinions with the world being their audience.  Many can see the influences that Facebook could have on recruitment and voicing opinions on the subject matter.  Usual Gang activities such as graffiti are easily shown throughout pages on Facebook and give more representation of that particular gang through the web rather than on a freeway wall. Police say "It's much easier to post photos or messages on Facebook than to paint symbols on a fens or wall in the middle of the night". 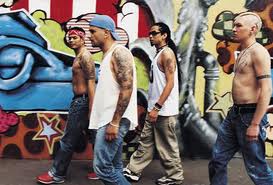 Overall this actable shows the influence that social media can have over individuals and groups that may not be in great terms of police.  I have found that this article was extremely interesting because it provided information that one may not think about in relation to social media outlets like Facebook and Twitter.  Overtime police will come up with solutions on battling gang development not only physically but virtually as well.  Police have stated "And a lot fo times, if they see stuff that's going on, in social media or on the streets, they need to let us know. We can't be everywhere".  A statement by a police officer asking for a communal effort of help to fight gang development.

Click here to read more about this article!
Posted by Eric Willens at 11:48 AM