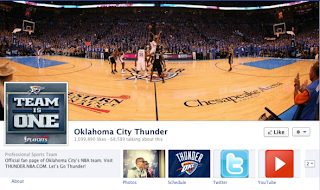 It doesn't come to anyone surprise when one claims social media is on the rise, but when the NBA promotes the honoring of it?  I love the NBA and I feel that they have the best marketing campaign out of all sports.  Through social media organizations gain followers and therefore consumers.  The NBA will be hosting a night just for social media with many awards to be handed out.  The night will be hosted by non other than Shaquille O'Neal on June 20th.  Shaq is no stranger to social media with a wide range of twitter followers that exceeds 5.7 million followers, thus is a perfect host for this new and exciting event!

The awards that will be handed out will be The BIG (Best In the Game) Award, which is for the player that best utilizes social media across platforms. The LOL (laugh out loud) award for the team/players who had the most shared/liked blooper video during the regular reason.  The Social Slam Award for the favorite dunk during regular season voted on by the fans. I personally feel that this is going to be the Social Slam of the year:

And last but not least the FanNation Award for the team with the highest percentage increase in participation across all platforms. 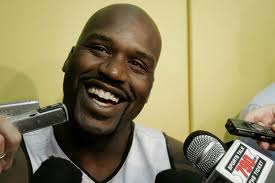 I feel that this whole event is great!  Social media is a very influential part of this new generation and is arguable the reason why many are into sports.  I know a lot of people that are not into sports, but follow the NBA solely because of the social media that brings new interested followers.  The NBA league has come through with volumes of social media content and is a key resin why the NBA is one of the most popular sports among children.  Overall social media has played a huge influential impact on the NBA.

To Read More about the Social Media Awards CLICK HERE!
Posted by Eric Willens at 3:04 PM