When we think of satire and politics, we immediately think of commentators such as Jon Stewart or Stephen Colbert, the masterminds behind critiquing politics with comedy.  Every week on Comedy Central, they comment on certain issues and update the audience on the news.  Yet, when people flow to these satirical shows for news, does this aid or hinder the actual issues at hand?  If other venues such as sites like Funny or Die use parody to confront political issues, does it respectfully represent the issues at hand or does it fall flat in making the issue just a bad joke? 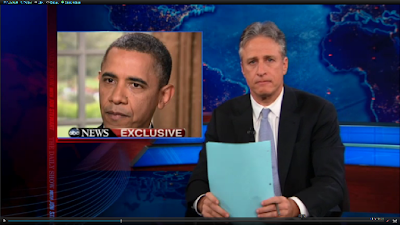 Take for example, the same-sex marriage issue. It was very recently that Obama announced his support for gay marriage and Jon Stewart made it the beginning segment on his May 9th episode. Stewart further evaluates the issue at hand, and defined what marriage is and isn’t through different views other than his own.  He also follows up on the issue in the next episode and critiques mainstream news organizations like Fox News through a montage of digital clips of regular Fox commentators to demonstrate the irony that is so fundamental in building his argument, that is, using the words of the commentators against themselves.

Funny or Die has also taken up the issue of same-sex marriage and responded to an ad made by the National Organization for Marriage.  Funny or Die parodies the ad by using celebrities to mimic the people in the ad and hyperbolizing the statements that were made.  Overall, Funny or Die uses the same technique as Jon Stewart, they use the ad’s words against itself.

This is the original television ad:

This is the parody from Funny or Die:

It’s probable that the audiences of these satirical mediums favor the medium for its mere celebrity status.  Having a comedian and famous actors poke at an issue, would leave any uninformed citizen to side with them no matter what.  One thing that satire lacks is the avenue that allows citizens to find out information of the issue itself and then forming an opinion.  Satire is mostly best for critic, but not complete understanding.  Many political issues aren’t as cut throat as this binary argument of whether or not gay marriage should be legalized, however, by understanding both sides of the arguments made on an issue, allows for a balanced opinion that reaches the value of the issue instead of the politics of today.

I believe that satire does represent political issues, but not in binary light.  Satire uses the irony of politics to let it undo itself, instead of directly attacking or provoking a response.  It is not necessarily for or against any view of an issue; it just hyperbolizes the irrational to make it rational, therefore, trying to expose the truth in an arena where truth can easily be lost.
Posted by Vannie Nguyen at 2:37 PM