Word circulated this week that Facebook may allow children under the age of 13 to use their social networking services in the near future. Although the company does not currently allow kids that young to sign up, an approximate 7.5 million preteens are already using the service by lying about their age. Although Facebook claims to have tightened their age securities and to have shut down every underage account they discovered, it is easy for kids to switch up a few numbers in their birthdays to acquire a new profile.

One motivation for these potential renovations is Facebook’s falling stock, which hit a new low of $26.90 on Monday. Extending the age restriction would allow Facebook to make a profit from advertisements directed at children. Additionally, kids are devoted to online games, which bring in huge revenue for Facebook. Approximately 12% of Facebook’s 2011 $3.7 billion revenue was produced by the Zynga games it offers online. 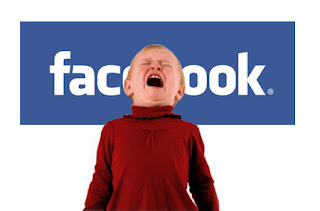 The company is considering linking children accounts with their parent’s accounts, allowing the parents to control their kid’s virtual activity.  The issue here is that children who are trying escape their parent’s careful supervision may feel disinclined to allow them to monitor their online social life. Facebook’s new feature may not appeal to the majority of preteens, who may continue to lie about their age to obtain accounts.

The other danger of allowing kids under 13 to use Facebook is that social networking sites expose them to cyber bullying. Even high school kids and adults are affected by Facebook bullying; kids under the age of 13 cannot be expected to be resilient. If this renovation is implemented, Facebook use will become the social norm for a younger generation. Although some preteen users will be able to hide behind their parent’s virtual wings, many kids will continue to bypass restrictions by lying about their age. This young, growing Facebook culture will be largely unregulated, increasing risks of bullying and the publication of personal information of children.
Posted by Natalia Goloborodko at 2:19 AM