Man Films Child Being Beaten, and Uploads it to Social Media Websites

Is There No Alternative To Public Shaming On YouTube?

A man films a neighbor allegedly abusing his stepson with a belt.  Instead of simply handing his footage to authorities, he first posts the video to YouTube and Facebook.  Did he need to do that for the alleged abuser to turn himself in?
As time advances technology progressively becomes more and more complex.  We as natural born cyborgs become interacted with technology, and thus have it become apart of our daily routines.  One advantage that technology offers is the ability to record time and space when ever we want.  With just the simple task of pressing a button we now can relive moments of our lives.  This past weekend Anthony Sanchez a 34 year old Imperial County irrigation District director was arrested for allegedly beating his stepson with a belt in his own garden.

Watching the video one might call the neighbor of Alex Sanchez a hero. He not only defends the child being beaten but records the act so there is evidence.  There is one problem with this particular issue.  Instead of recording the act and turning it into the police, the neighbor just uploaded it on Facebook and YouTube.  Was this the neighbors way of making Alex Sanchez turn himself in? or just a way to get view counts and likes on his own page?  I found that aside from either of those questions the neighbor was a hero because in the end he got justice for the crime he saw.  Overall I thought that is was an interesting article because it shows how social media can be extremely influential, it also shows how citizen journalism can actually help the community. 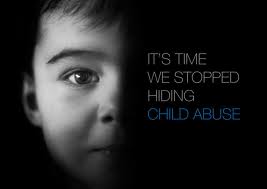